The Hotpot of the Future

“Picante!” shrieked a Mexican, who just shoved a forkful of stewed eggplant into his mouth. I had the impression Mexicans knew their chilies. But not tonight. “I think I scalded my tongue!” I burst out, despite having been warned by my Croatian seat-mate who was already chugging water.  We howled with laughter, screaming Picante, red-hot, spicy, in different languages. I (Filipina) was in a curious table of Mexicans, an American, a Peruvian and a Croatian. We were one curious table among many.  I watched bemused, as an Italian held her chopsticks like drumsticks, forking an old brine duck with two hands. At a distance, a woman was strumming songs on a pipa. It was the Slow Food Congress in Chengdu, China, and we were feasting at the Ancient Shungxing Tea House, having our first taste of peppery Sichuan cuisine. Ours was an extraordinary gathering of 400 delegates from 90 countries, now sampling the Sichuan peppercorn and numbing our tongues. 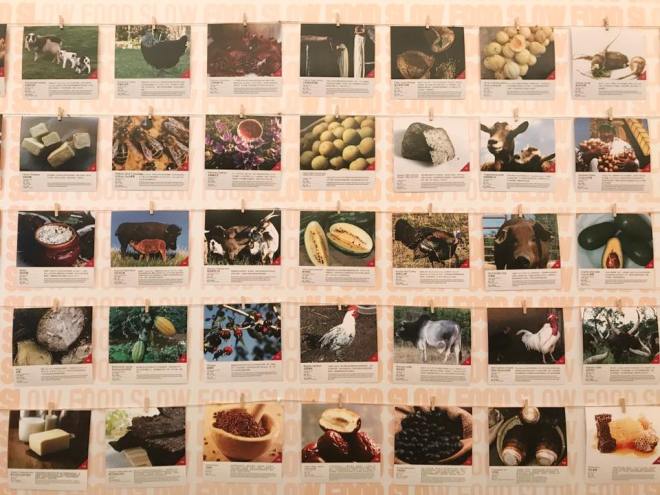 So this is what the future of food looks like: Diverse. Complex. Communal. 400 unique individuals, each one offering something to the table: a kernel; a nut; a root; and a bottle to stand up to the challenges of our time. Each delegate was tasked to come carrying something from his home country. There was a Konota (sorghum) from Ethiopia, which seemed similar to our Philippine Adlai grain. Ngwaci Yamuibao from Kenya appeared more like yam than a sweet potato. Have you ever seen a brown passion fruit? Someone had hand carried Mirandano from Uganda.  And then there was the flaming mienta rosa from Argentina.  The colors, the forms, the textures were exquisite. Disc-shaped onions from Germany, the tiniest cacao from Costa Rica, water chestnuts from Romania resembling purple stars, and fat green bananas from Kenya. I took home corn kernels of blue and red from Mexico, exchanging them for a handful of Job’s tears. 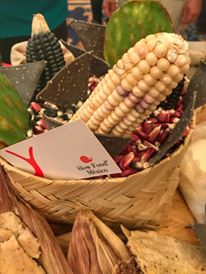 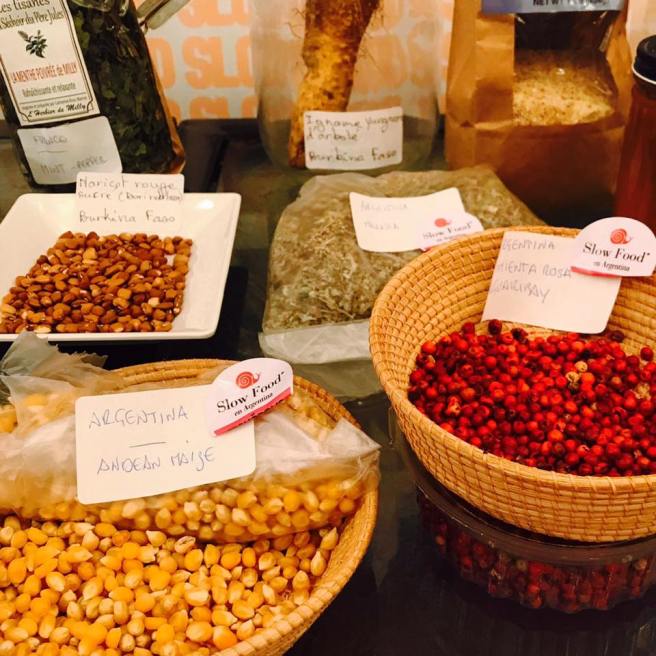 And it wasn’t just food or seeds that we bartered.  We passed around food for thought, nuggets of wisdom, our shared heritage, chronicles about Climate Change and the future we now face. John Kaiuki Mwangi told us how he can no longer tell the seasons in Kenya. We heard Ling Kuang Sung remind us that 20% of the world’s population is now in China despite having only 10% of the world’s arable land. We traded stories about food gardens, family farming and local economies, shortened food chains, and most especially, diversity.  We sensed the requisite need to think global, and yet preserve and integrate the magnificent diversity of our world’s culture and food. I sat there transfixed, dialing the different languages on my headphones. How complex and diverse the world is, and yet, here we are speaking the same language, with a click. 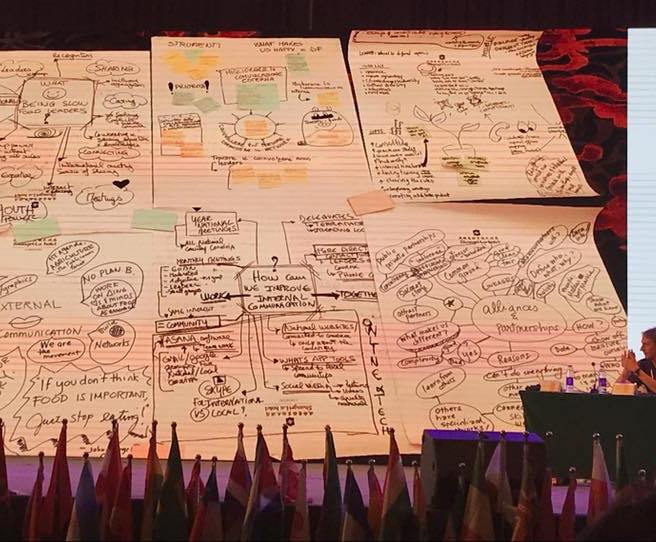 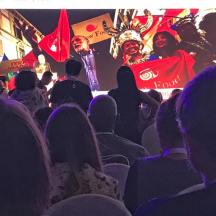 Carlo Petrini on the Future of Food

Always this question, why?

On Saturday, we spent hours pondering and cracking the answers to ten questions like: the future of food; how local and global should look like; who will lead us; how do we tell the story of food diversity, and even, what makes us happy? Imagine the soup of ideas. Four hundred people, who have watched, heard, whiffed, sensed and most of all tasted a different corner of the world, chewing over the future of food. That night, we walked through the wide and narrow alleys of Chengdu, taking hold of glowing lights, theater and ear candling, whiffing fried pancakes and pork, and then finally feasting on a hot pot dinner. 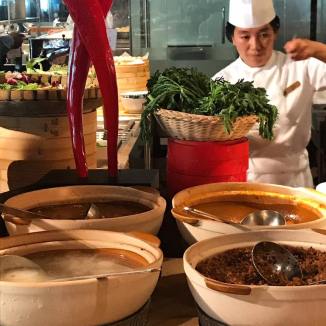 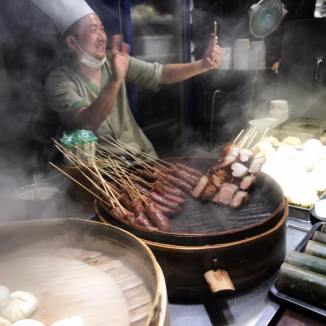 We climbed up a staircase of 80 flags, donned red aprons and with newfound confidence in chopsticks- pitched meat, pork, shrimp, vegetables, and noodles (don’t forget the chilies!) into a simmering broth. I beamed.  Here we were again, feasting on a hodgepodge of complexity and creating one harmonious soup.

Finally, on Sunday, we said our yays and nays, raising our hands (and forks) to preserving biodiversity, to remembering the role of the smallest and humblest of farmers in the food system, to healthy soils, to access to knowledge (scientific, indigenous and traditional,) and especially to defending and protecting what makes us unique.

“…Diversity is the most valuable heritage which we have, both as individuals and as the collective human race, and we must confront all forms of inequality in the distribution of wealth and opportunities…Learning to understand diversity, this is the challenge of the century for all of us.” – Carlo Petrini

And this is the humus from which the future of food will seed, grow and thrive.

Picante, it truly was. One fiery and spirited feast.  At the end of three days, I had a taste for chilies, and I was fired up. There’s a (hot) pot of ideas stewing. Go forth, and eat your hearts out.